I reckon it was about 2014/2015 when the idea to have an observatory was born. We had a perfect flat roof for it and while it was small it was perfect for what I wanted. You can see the build on the Observatory page.
This was a great observatory. It allowed me to be up and imaging quickly and also lived through some different kit! There were a few additions over time, including internet, so that I can control everything from the house if wanted. It worked well..... but ........ somehow my kit seems to have a reproductive cycle of it's own and at the back end of 2017 a dual rig came into being. It's been located permanently on the terrace under a Telegizmo cover, but this is not ideal. So the extended Mk2 observatory idea was born. As it happens the roofing on the lower building structure needs to be maintained and so this was an ideal time to look at the possibility of an extension.

The floor has been levelled in the new area to match the old build. Everything has been measured up for the walls to start tomorrow.  The idea is to get the walls up on the observatory as quickly as possible so that the metal man can come in and measure up and start to fabricate the roof. 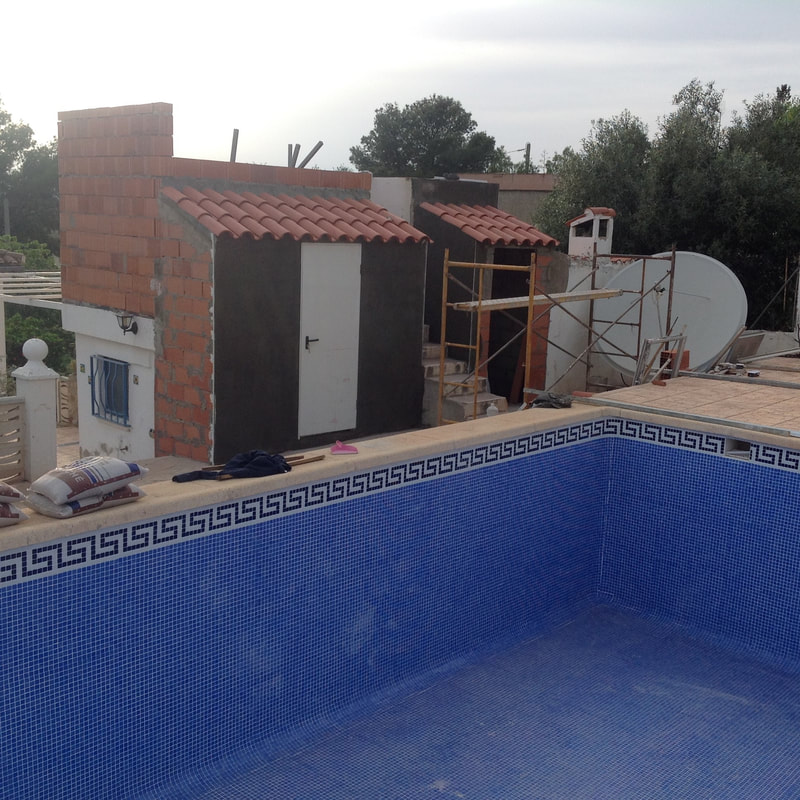 End of Day 5.........
The outside of the observatory (and inside) has been fully rendered. The edges of the joins between the buildings have been tidied up as well. The external and internal rendering has been done on the sheds...... From here it's all ready to be white rendered.

End of Day 6 .......
A brilliant job done today.....All of the rendering has been completed, including inside the observatory and the sheds too. The roof area to the right of the picture (by the chimney) is being prepared for the tiles, but this won't be done until the roll off roof has been constructed as the frame will have to be fixed on this area. The observatory door will be on order soon..... Tomorrow is the electrics, the pool and concreting the floor of the sheds. Then apart from the metal stuff it is pretty much finished. We have the observatory floor to paint and things to put on walls.... and of course the scopes!!

The building work is completed and the builder wont be back!!! The observatory is built and the roofing rails have been put on. The gaps between them and the walls have been filled. It's been something of a finishing day which has been slow going. The Observatory door was all tidied up and the brick work and render around it. The roof to the right of the picture (underneath the rails) has been finished and tidied up.

The metal framework of the roof was constructed in the workshop and then bought here to fit and put the sandwich. The fit was perfect!! Here you can see the framework made and the design without the sandwich roof panels on it. 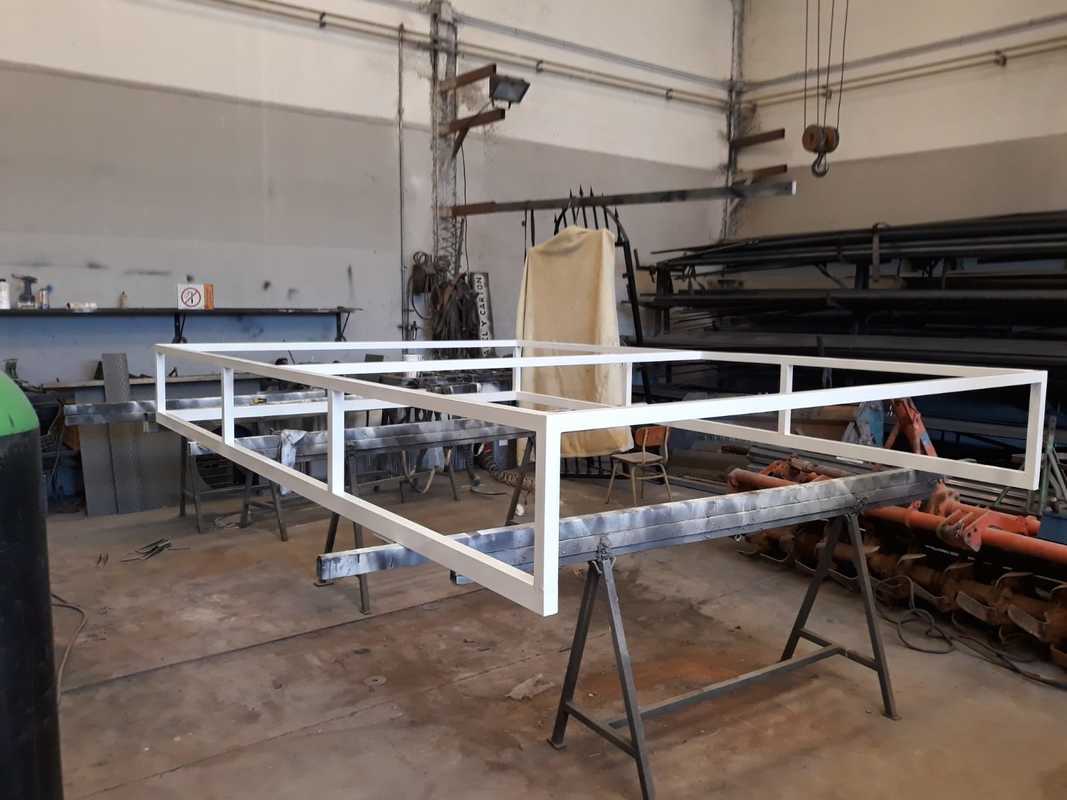 Inside a rather empty space!! 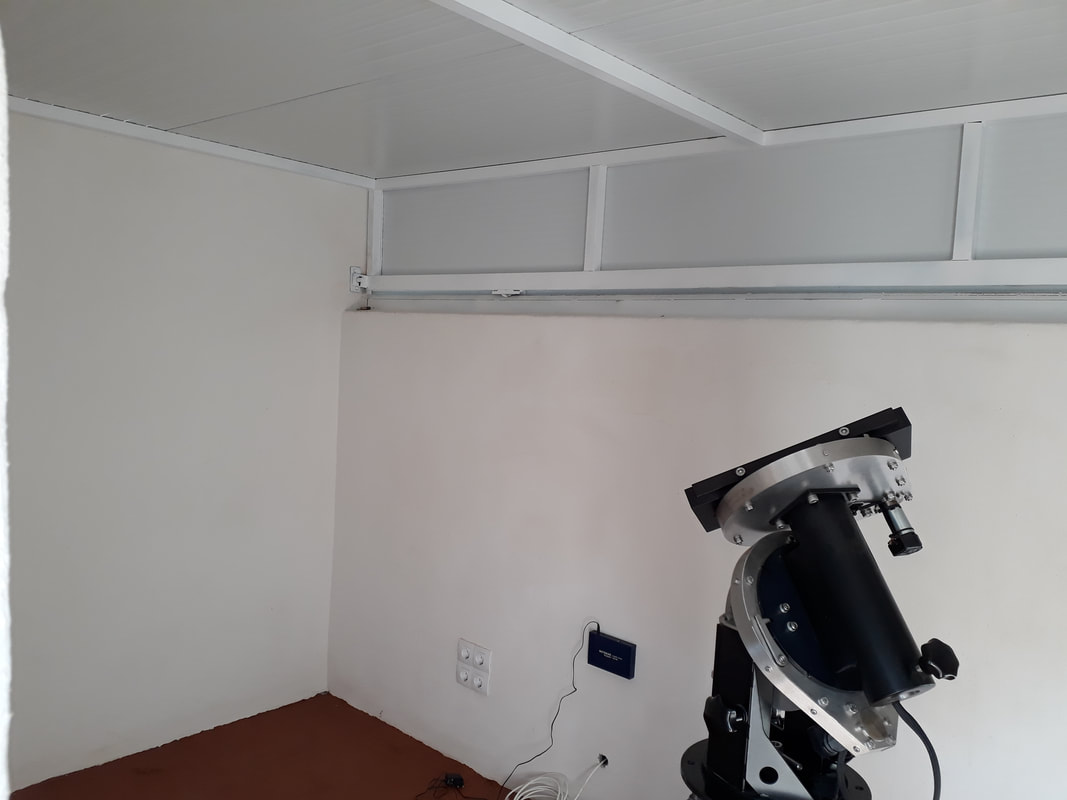 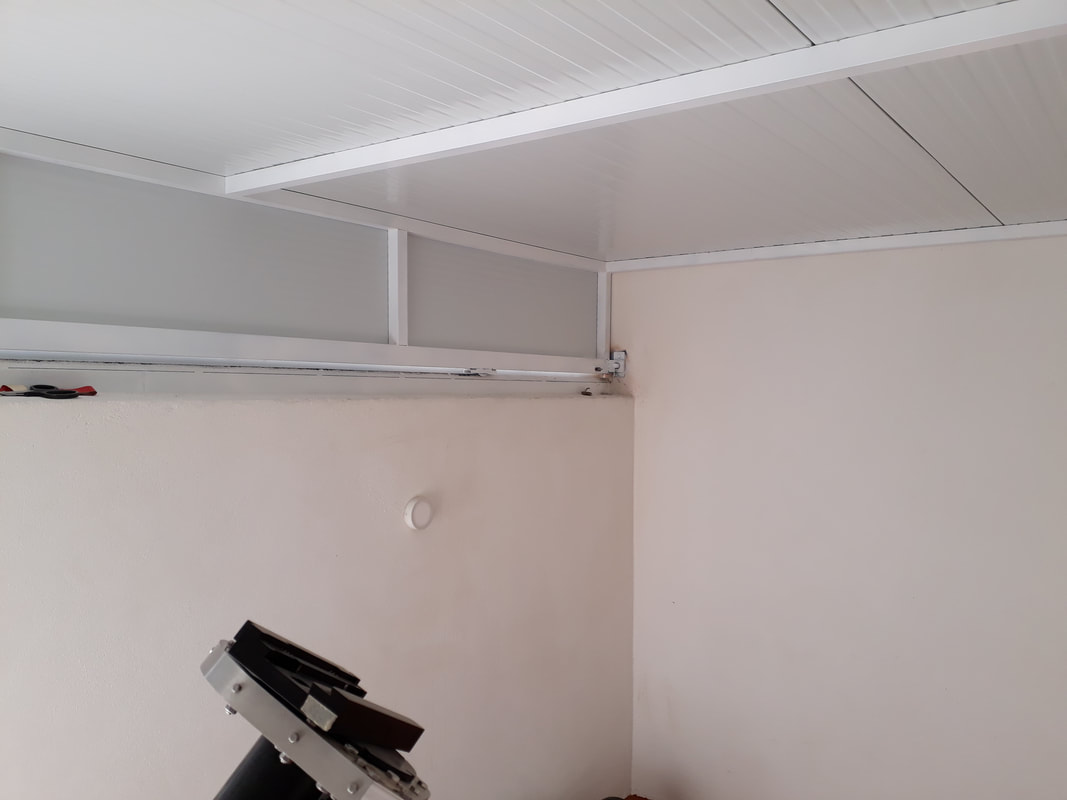 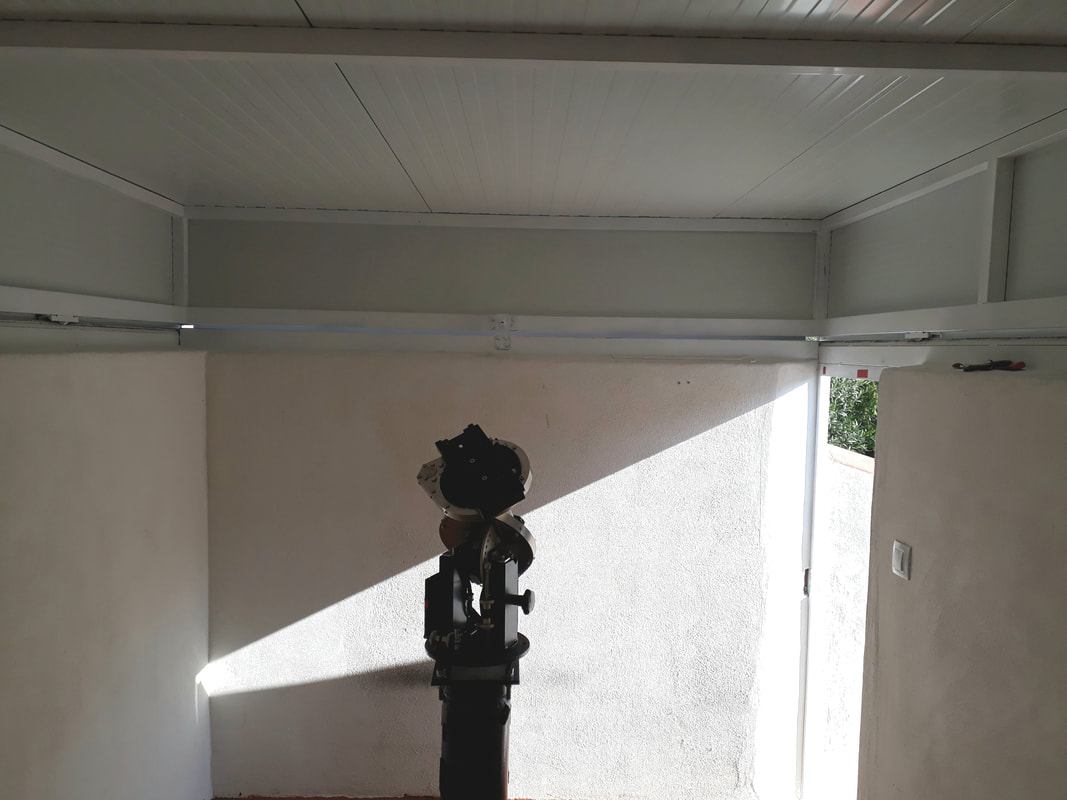 A truly fantastic build...... This roof is excellent. The build quality is absolutely top notch and it works perfectly - I am really excited about using this new build observatory.

Inside - Putting it all back!